Share a memory
Obituary & Services
Tribute Wall
Read more about the life story of James and share your memory.

James F. Hogan, a lifelong resident of North Tarrytown/Sleepy Hollow, died January 19, 2023, at the age of 88.  Born in the old Tarrytown Hospital on May 31, 1934, he was the son of Francis J. Hogan, former Chief of Police of Sleepy Hollow, and Victoria Marcinek Hogan, a registered nurse.

Jim was in the first graduating class from Archbishop Stepinac High School, White Plains, NY, in 1951.  Following graduation, he enlisted in the U.S. Navy where he spent most of his tenure stationed in Agana, Guam, a U.S. territory in the western Pacific. After his discharge, he attended the University of Bridgeport to study mechanical engineering.  Eventually his engineering career would take him around the world, including projects in Montego Bay, Singapore, and the Philippines.

A devout Catholic, Jim was a parishioner of St. Teresa of Avila RC Church in Sleepy Hollow.  He was also a past-Grand Knight of the local chapter of the Knights of Columbus.  He generously donated to innumerable causes, both religious and non-religious. On September 13, 1958, he married Lillian M. McGowan at St Teresa’s. Lillian died on December 6, 2021, at the age of 86, after 63 years of marriage.

or St. Teresa’s Church would be appreciated.

To send flowers to the family or plant a tree in memory of James F. Hogan, please visit our floral store. 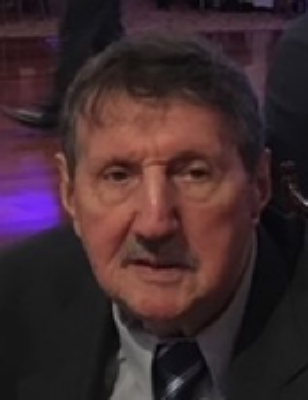