Share a memory
Obituary & Services
Tribute Wall
Read more about the life story of George and share your memory.

George G. Gasperini, a lifelong resident of Tarrytown November 11, 2022 at the age of 80. Born in Tarrytown on December 14, 1941, he was the son of Peter and Teresa Graziani Gasperini.

After graduation from Irvington High School, George went on to have a long career in the plumbing and heating field as had been the owner of EuroTech Supply in Tarrytown.

Well known in Tarrytown, he took a keen interest in things going on in the village. In addition to his business, he had many interests over the years. He was an avid horseman and had owned two horses. He loved to play pool. He was an accomplished violinist. He spoke fluent Spanish and in his retirement, he enjoyed woodworking.

George is survived by his wife Pauline (Intonti), his children Peter (Gina), Lisa (Steve) Hart and Cheryl (Todd) Smith and his son-in-law Joseph Colucci. Also surviving are his cherished grandchildren Allie and Peter Gasperini, Jr., Jackson and William Hart, Todd Smith, Jr. and Joseph and Christina Colucci as well as his sisters Gail Brown and Catherine Scavo. George was predeceased by his daughter Anne Colucci in 2017.

Visitation will be at Coffey Funeral Home on Friday from 4PM to 8PM. His Funeral Mass will be Saturday at St. John Paul, II Church at 10:00 followed by burial in Sleepy Hollow Cemetery.

In Lieu of flowers, donations to the Ichan School of Medicine at Mount Sinai Hospital www.icahn.mssm.edu

To send flowers to the family or plant a tree in memory of George G. Gasperini, please visit our floral store. 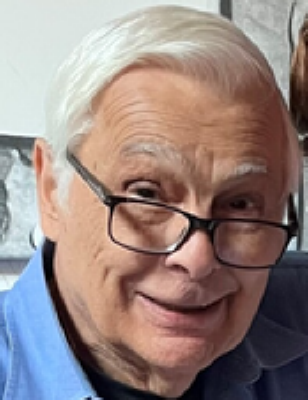